Happy Friday! :o)
My second post today. If you missed the first one, just scroll down, or follow a direct link here.
Welcome to 10th Day of my 12 Days of Christmas Series. I took a short break with sharing my series here with you (again). I had doctors' appointments and some tests to run and was too tired to write blog posts since Monday.
Today I want to share with you this Ornament Shaped Reindeer Card. 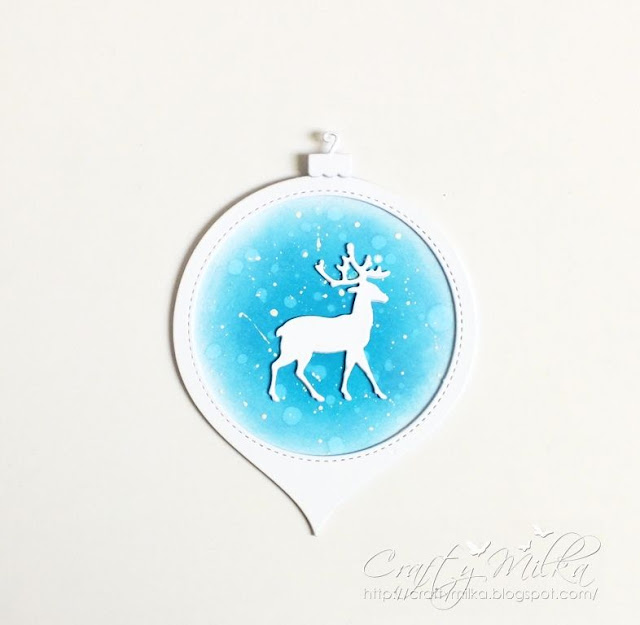 To make this card, I was inspired with my cards that I shared on Monday here on my blog (here).
How I made the card...
First I die cut all parts from a white cardstock paper
I die cut an ornament three times. I used only frames, rest I left for other projects. I glued together frames (stacked frame die-cuts) and left them aside.
Then I die cut a reindeer three times, glued them together and left them aside.
Then I die cut a hanger two times and glued them together.
I used negative part of the die-cut ornament as a stencil. I traced the ornament shape twice on the white cardstock paper and cut them out. I used them to create a card base, but first I ink blended Distress Inks directly on one ornament shape panel. When I was satisfied with the color, I splattered the panel with a water, dabbed the surface with a paper towel and left the panel to dry on air. Then I mixed a white tempera color with a bit of water, splattered the panel and again left it dry on air.
After drying, all parts for my card were ready. I assembled the card. I glued two ornament shapes on the top and got the card base. Then I glued the frame on the card base, glued the stacked reindeer in the center of ornament shape glued the stacked hanger on the top of the ornament and my card was finished. I really like how my card turned out. :o) 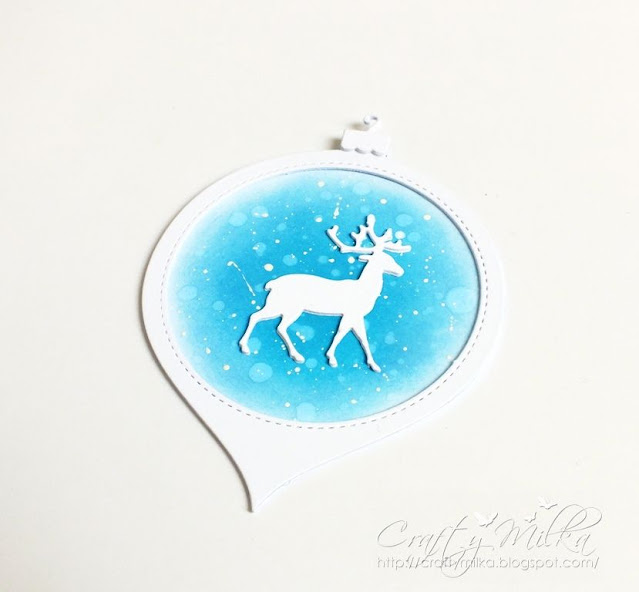 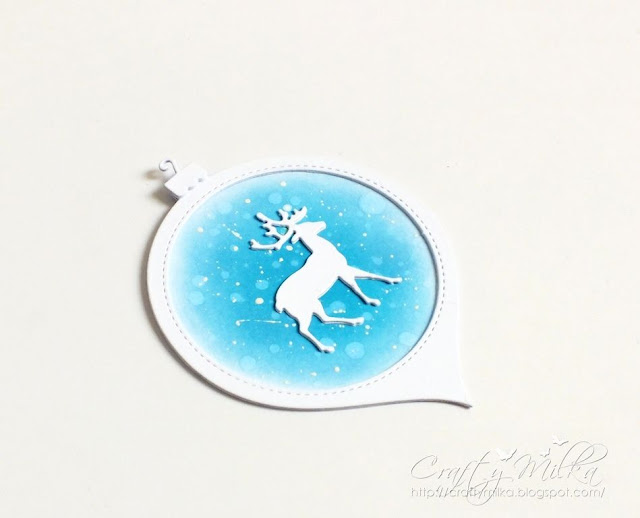 Thank you for stopping by and your kind feedback. Enjoy and smile! :o)
Milka
Posted by Milka Gubo at 22:00 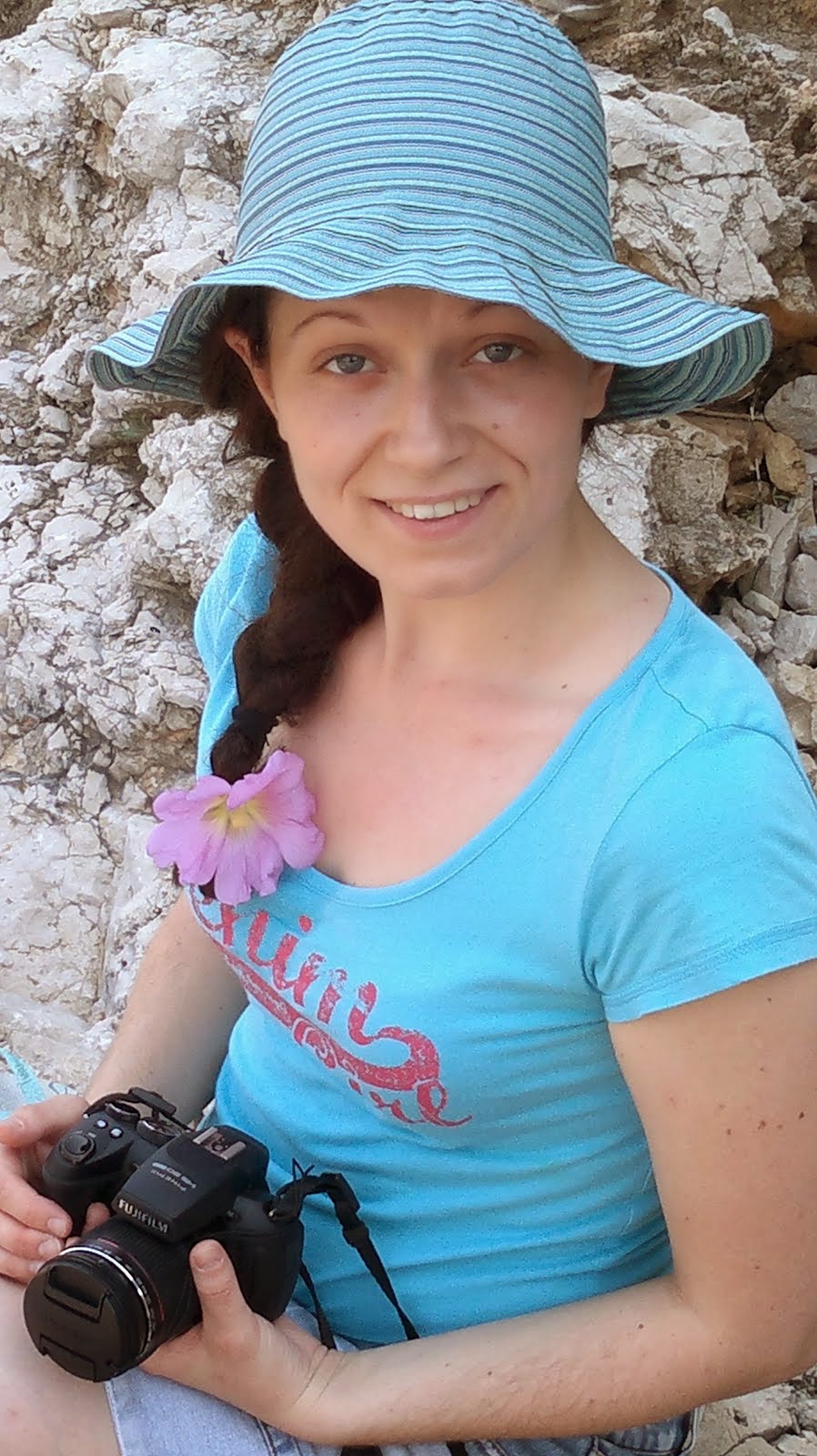